The future of Nigeria depends largely on the nature and quality of youth that the country produces today, the Director General of the National Agency for Food, Drug Administration and Control, NAFDAC, Prof Moji Adeyeye has warned.

Prof Adeyeye warns that a child that grows up under frustrating conditions will develop psychological problems with time and possibly become dangerous as an adult.

Speaking at the maiden Annual National Security Summit in Abuja with the theme “Covid-19, Drug Abuse, Mental Health: Implications to National Security”, she noted with dismay that conditions related to Covid-19 are known to have increased economic deprivation and feelings of social isolation which are factors that can contribute to increased drug use.

Prof. Adeyeye who was represented by NAFDAC’s Director of Narcotics and Controlled Substances, Dr Musa Umar, said the topic, “Drug Abuse, Mental Health: Implications to National Security” was apt and in line with current national and international realities.

Quoting the President of the World Bank (1983), McNamara, in a statement by NAFDAC’s Resident Media Consultant, Sayo Akintola, on Sunday in Abuja, Prof. Adeyeye avers that any society that seeks to achieve adequate military security against the background of acute food shortages, population explosion, low level of productivity and per capita-income, high rate of illiteracy, a fragile infrastructure/technological development, inadequate and insufficient public utilities, and chronic unemployment, has a false sense of security. Self-sensor

According to her, Drug abuse is both a health and a social problem, stressing that tackling the menace requires a balanced approach touching on all aspects related to the complex relationship between lack of opportunities, drug abuse, mental health, and national security.

‘’Security, today, has gone beyond the notion of the physical safety and survival of a state from internal or external threats to include all the interlocking realms of economic self-reliance, social cohesion, and political stability. It borders on how people would live a long and healthy life,’’ she said.

‘’Human development is about enlarging people’s choices to live a long and healthy life, to acquire knowledge and to have access to resources needed for a decent standard of living (UNDP, 1990:10). In the absence of these essential choices many other opportunities remain inaccessible on a sustainable basis.’’

The NAFDAC boss pointed out that human development has always followed security of lives and property, which was the reason why those who drafted our constitution made security the number one responsibility the State must discharge towards its citizens.

She added that lack of opportunities, inequality, poverty, and mental health conditions are known factors that push people into drug use, stressing that the Illicit drug economies in poor and marginalised urban neighbourhoods is often driven by poverty.

Although the drug problem does not feature directly in the Goals and targets, she noted that drug abuse very clearly overlaps with target 3.5 – Strengthen the prevention and treatment of substance abuse, including narcotic drug abuse and harmful use of alcohol. ‘’The goal is good health and well-being’’.

She further noted with dismay that the consequences of poverty can be very severe, especially as the poor have little access to healthcare, adding that the global picture of drug use is compounded by the fact that many people who use drugs, whether occasionally or regularly, tend to be polydrug users (using more than one substance concurrently or sequentially, usually with the intention of enhancing or countering the effects of another drug).

The NAFDAC DG explained that the non-medical use of prescription drugs (e.g., opioids and benzodiazepines) and the use of amphetamines or new psychoactive substances in lieu of or in combination with drugs such as cocaine or heroin blurs the distinction between users of a particular substance and presents a picture of interlinked epidemics of drug use and related health consequences.

According to the 2018 Drug Use in Nigeria Survey, Prof Adeyeye disclosed that about 14.4% or 14.3 million people aged between 15 and 64 years used drugs in Nigeria compared to a 2016 global annual prevalence of any drug use of 5.6% among adult population.

According to her, the Survey also revealed that the highest-level drug was among those aged between 25 and 39 years, which is matter of great concern, being the main productive age range in the youthful population of Nigeria.

‘’The youths have a lot of energy and are being easily manipulated and their lives wasted along religious and ethnic lines by misguided clerics and mischievous individuals’’, she warned.

She further warned that drug abuse is threatening a significant portion of the population in Nigeria, with a potential to negatively affect state capacity and contribute to poverty, state failure and national destabilisation, adding that the co-morbidities; HIV/AIDS, viral hepatitis and tuberculosis are a real threat to the economy in terms of lost productivity and declining quality of life.

‘’The 2018 January also revealed that, about 376,000 (0.4 per cent of the population aged 15 – 64) were estimated to be high-risk drug users – defined as people who had used opioids, crack/cocaine or amphetamines in the past 12 months and had used those drugs on at least 5 occasions in the past thirty days. Among the high-risk drug users 21 per cent, or an estimated 80,000 users, are people who inject drugs (PWID). The majority (78 percent) were men, but 1 out of 5 people who inject drugs are women.’’ , she laments.

Prof. Adeyeye said that pople who inject drugs are among the most marginalized and disadvantaged drug users, noting that they experience poor health outcomes with a greater chance of premature death, high rates of potentially life-threatening infectious diseases, such as HIV, hepatitis and tuberculosis, and an increased risk of both fatal and non-fatal drug overdoses.

Although about 40 per cent of high-risk drug users wanted treatment, she disclosed that access to treatment was considered difficult and costly. She added that the stigma associated with drug use is another barrier to seeking treatment as people who need treatment and support are marked as unacceptable.

‘’Such mindset needs to change, and society should see the drug addict as a sick person who needs treatment and not as a criminal to be punished’’.

More disturbingly, She warns that by 2030, a 40% rise in people who use drugs is predicted across the world and it is likely to be particularly pronounced in Africa because the population is younger, and drug use is higher among young people than older people. The NAFDAC boss further stated that the population of Africa is projected to grow more rapidly than that of other regions.

According to the NAFDAC DG, Nigerians are basically independent and like to treat themselves, especially as professional medical care is rapidly getting out of the reach of most of the population.

‘’We are encouraged into self-diagnosis and self-medication because of persuasive television advert and availability of information over the internet, which outline symptoms and assures us that such and such can be easily remedied by simply taking such brand of medication.’’, she said, adding that the public is thus reassured into complacency by thinking that the legality of these medications ensures their safety regardless of whether used appropriately or not.

Having mental disorder, according to Prof. Adeyeye, does not equate to being violent or dangerous but people who are struggling with untreated or poorly treated mental health problems may self-medicate on illicit or prescription drugs and could be willing accomplices in crimes.

She added: ‘’that is why early, and effective treatment of mental health disorders is very critical to the health and well-being of society’’.

She further explained that globally only one in six people that need treatment receive treatment, noting with dismay that the ratio in Africa is 1 out of 18.

Prof Adeyeye said that how much a country spends on healthcare is a measure of its determination to improve its health indices, adding that any country that does not invest in the healthcare of its people will be saddled with the problem of declining productive capacity, poor maternal health, and high child mortality.

She disclosed that the experience of NAFDAC shows that success against the diversion of controlled medicines to illicit channels and abuse is adversely affected by corruption and unethical practices resulting in laws not being enforced and criminals not being prosecuted and convicted for their crimes.

In most cases, she lamented that justice is not swift, and the punishment is not deterrent enough to prevent a recurrence.

‘’In Nigeria however, drug treatment services are available mainly in tertiary hospitals. Already 11 hospitals spread across the 6 geo-political zones of the country have been upgraded to serve as Model Drug Treatment Centres. In addition, some non-governmental organizations (NGOs) and faith-based organizations also offer limited services’’, she said with a glimpse of hope. 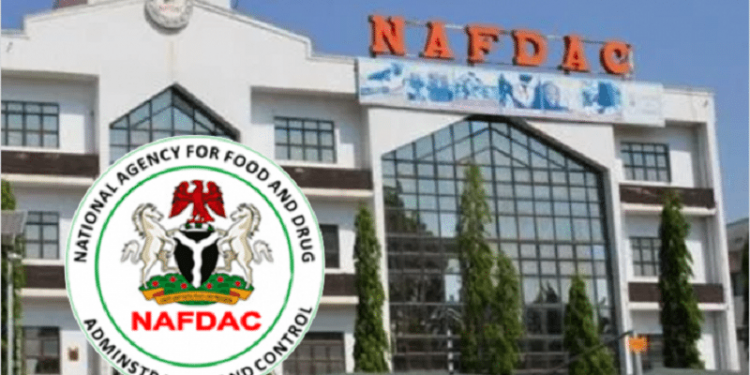 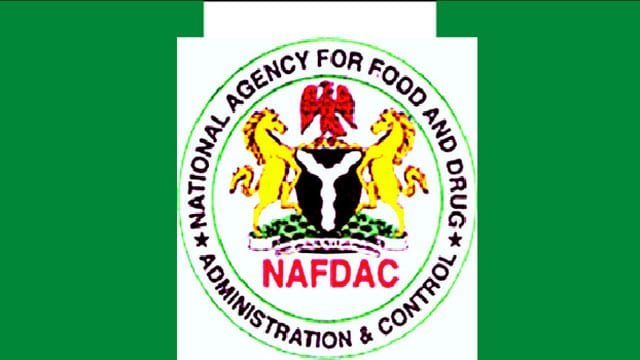 NAFDAC DG Decries Rejection Of Made-In-Nigeria Food By US, EU

The Director General of National Agency for Food and Drug Administration and Control, NAFDAC, Prof ...