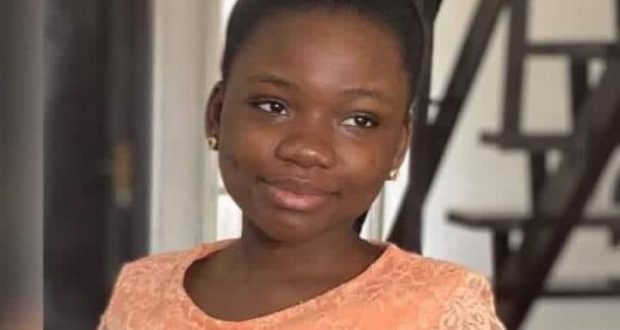 The family of a 12-year-old girl is seeking justice after she was allegedly defiled, and a condom was left in her to decay which resulted in her death. The school is however trying to cover up the incident.

The girl identified as Keren-Happuch Aondodoo Akpagher was a boarding house student of one Premiere Academy located in Lugbe, Abuja.

It was believed that Karen was sexually abused in the school before her mother, Vihimga Akpagher, took her to the hospital on June 19, 2021, for treatment.

Karen-Happuch, however, died two days later in a hospital in the Wuse 2 area of Abuja.

In a report by Punch, the mother of the girl, Vihigma said her daughter had called her a few days before her death, asking her to come and withdraw her from the school, due to the state of her health.

She said though the school was unwilling to release the pupil and even argued that there was no need to fret, her daughter remained adamant and even cried that she wanted to go home.

Vihimga was quoted as saying, “When I called the principal, he said my daughter would need to be isolated for five days (upon her return). I felt that I should go home since the school said it could take care of her. On my way home, my daughter called again using the school’s phone and asked where I was. I told her that I came, but turned back and she started crying.

“So, I got angry and asked her why she was stressing me since she would be returning home soon for the holiday. So, she asked to speak to her uncle. She said, ‘You people don’t know why I am asking you to come and pick me and you are leaving.’”

The bereaved mum said she was still contemplating on whether to return to the school or not when she was informed by the housemother that her daughter could hardly walk the day before, and advised that the young girl be taken to a hospital for a proper check-up.

She added that she picked up her daughter, but when Karen-Happuch was brought home, she was not her usual self and seemed withdrawn.

The mother narrated, “When we got home, she wasn’t her usual happy self. She switched off all the lights. She could not even look at us in the face. She slept throughout that day and ate some food.

“But by the morning of Monday, June 21, 2021, I noticed that her condition had deteriorated and took her to hospital, and while examining her, the doctor saw a discharge, ran a test, and discovered that it was a condom that was left in her. They tested her urine and it contained sperm; and like that, infection and sepsis led to her death.

“I picked her up on June 19 and she died on June 21. She slipped into a coma and died. She was traumatised.”

Vihimga said she challenged Premiere Academy, but the institution promised to look into the matter.

When asked if she was sure that Karen-Happuch was defiled at the school and not at home, Vihimga said, “My daughter was diabetic. If that thing had been in her for one month, she would have died long ago.”

She also alleged that she got information that at least three employees of the school had been dismissed for sexual abuse, but the management was more concerned with protecting its image.

Meanwhile, the school issued an official statement on Wednesday, saying Karen left the school in a healthy condition as opposed to what her mother said.

The school also said it is committed to ascertaining the cause of Keren’s death, stating that it is willing to aid police investigation into the matter.

The statement read, “We deeply commiserate with the Family of Karen Akpagher who was a student of Premiere Academy Lugbe, Abuja until her demise on Tuesday, 22nd June 2021. She was admitted into the Academy (JS 2) on 16th April 2019 but she resumed on Sunday, 28th April 2019.

“On admission, according to the medical report and her mother’s attestation, Karen Akpagher was diagnosed with Type I Diabetes Mellitus at the age of nine (9) and had been on Insulin Injection. The Insulin Injection was handed over to our clinic by her mother Mrs. Akpagher, Vlhimga Vivien and we judiciously administered the Insulin to her twice each day until she left the school in a healthy condition on 19th June, 2021.

“All through her stay at Premiere Academy, Keren’s health was managed with a controlled diet and frequent monitoring of her blood sugar level by our well-trained health officials at the clinic. The last fasting blood sugar test she did on Thursday the 17th June, 2021 was 114mg/dl.

“On 17th June, 2021, Karen Akpagher visited the school’s clinic with a complaint of redness of the eye. Her mother Mrs. Akpagher requested that she should be taken to see an Ophthalmologist on Saturday, 19th June, 2021 and she was taken for the appointment on the morning of that same day.

“On her return to the school on that same day (Saturday), her mother further requested to pick her home because Karen insisted on going home for the weekend. An exeat was granted and she went home with her mother in a healthy condition.

“On Monday morning – 21st June, 2021, we learned she became ill and was hospitalised. On hearing that as a school, we mobilised immediately and visited her at the hospital – Queen’s Clinic Wuse, Abuja. It was heart-rending when we heard of her demise the next day – Tuesday, 22nd June, 2021.

“Before her death, Karen Akpagher was an easy-going student who never appeared before the Academy’s Disciplinary Committee on any issue.

“Since the demise of Karen Akpagher, there have been speculations and unfounded statements concerning her death on social media, especially on WhatsApp. We hereby inform the public that whatever message they have come across on social media is unfounded. As a school, we are committed to ascertaining the cause of Karen’s death because the life of every student at Premiere Academy matters.

“At this point, we enjoin all interested parties and the public instead of peddling unfounded statements, to assist the investigation process as we ascertain the cause of Karen’s death.

“We sincerely sympathise with the family – our prayers are with you. Do accept our heartfelt condolences!” 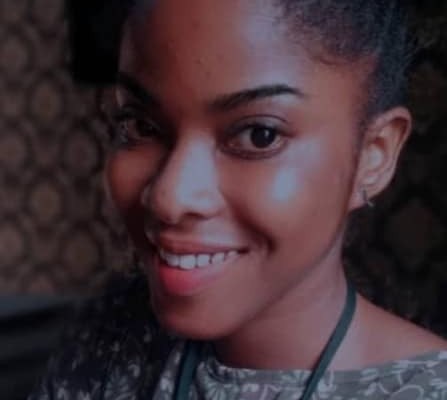 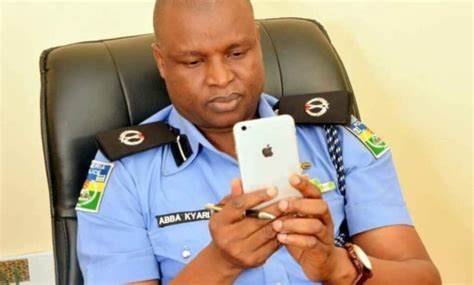 The Inspector General of Police, Alkali Baba has ordered an “internal review” of the indictment ...