The Niger Delta Avengers (NDA) on Thursday dissociated itself from the proposed dialogue between the Federal Government and some prominent politicians and traditional rulers from the Niger Delta. The militant group, which claimed responsibility for most of the bombings of oil and gas facilities in the region earlier in the year, said it had lost confidence in the process because the Federal Government failed to build a broad based dialogue group, but has rather chosen to DEAL

with those it referred to as “vultures and dialogue contractors” in the region.

by Chief Edwin Clark and some other Niger Delta leaders, to a meeting in Abuja.

The meeting, New Telegraph learnt, was meant to set the template for an acceptable dialogue with the stakeholders and representatives of militant groups. However, NDA has accused the Federal Government of adopting a nonchalant attitude towards the dialogue option, warning that holding a dialogue with personalities who do not represent the various stakeholders and groups in the oil-rich region would be counter-productive.

The group had, in August, declared a ceasefire following appeals from various quarters that the agitation should be suspended to explore avenues to resolve the issues through dialogue. Apparently disenchanted by the long wait without commensurate action from government, the NDA yesterday issued a statement warning that there was danger ahead unless government retraced its steps.

The statement, signed by one Col. Rightman Hudson Opukurowari, accused the Federal Government of not only being selective in its choice of persons to dialogue with, but preferring to DEAL

with those who have made a business of dialogue on Niger Delta issues.

“The Federal Government, under President Muhammadu Buhari, has chosen to be non-chalant to the dialogue and have decided to invite only their political friends in the likes of Edwin Clark, King Diete Spiff and others for dinner in the name of dialogue on the 29th of October.

“Government is trying to avoid a holistic approach to addressing the real issues and solving them, but rather, have decided to engage these “Niger Delta vultures” sitting in Abuja with their sponsors, taking credit for our genuine agitations. “We have watched and observed that with the body language of the president and the composition of the so-called dialogue group, no meaningful solution will be preferred unless government decide to make a U-turn and invite every concerned and genuine group for the purpose of dialogue and peaceful resolutions.

“We have warned that any attempt for us to resume hostilities will be more brutal than before until we enter the promised land,” the group said. If the Federal Government was serious and ready for any real negotiation for a lasting peace and solutions in the Niger Delta, NDA said, the dialogue must not involve certain personalities who had always positioned themselves as representing Niger Delta when indeed they do not have a hold on the real actors in the swamps and creeks.

The group, in the statement made AVAILABLE

The NDA said that the militants involved in the struggle do not have confidence in these men because, according to them, most of them have been on the corridors of powers and are beneficiaries of the perennial crisis in the region and would not want it to end soon.

“We expect the Federal Government, with all her inexhaustible wisdom, make these Niger Delta leaders lead them to these boys in the creeks they are representing. That should be the first prerequisite of their qualification to dialogue on behalf of the boys in the creeks. They don’t represent us. “Secondly, they should give government a satisfactory road map for a genuine dialogue representing all oil producing communities in Nigeria that may yield a permanent solution to such repetition of restiveness in the region.

We are concerned that these same persons invited have become Federal Government contractors in dialogue matters,” the statement read in parts. A few days ago, New Telegraph exclusively re ported that the NDA was disturbed that its team of negotiators, led by Nobel Laureate, Prof. Wole Soyinka, had been sidelined by the Federal Government. 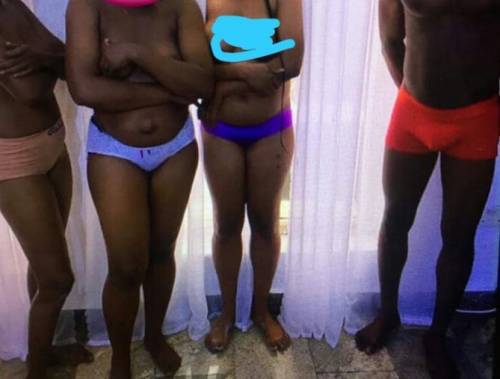 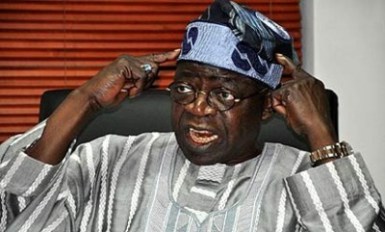 Unity Of Nigeria Not At Risk With Amotekun, Tinubu Finally Breaks Silence

Bola Tinubu, national leader of the All Progressives Congress (APC), has broken his silence on ...