Tragedy struck on Tuesday morning at Ojaoba area of Ibadan metropolis when the driver of an articulated vehicle conveying cement lost control and crushed four persons to death. An eye witness, Alhaja Amina Biobaku, said in Ibadan that the incident occurred when the brake of the vehicle failed and the driver lost control, crushing three tricycles as well as one micra taxi cab and ended up in a shop.

The incident, which happened at about 7.20 a.m., led to a traffic snarl in the ever busy commercial area. Confirming the incident, the Sector Commander of the FRSC in Oyo State, Mr Yusuf Salami, said one male child, one female child as well as a male and a female adult were killed in the incident. He said the four people, who were injured in the incident, had been taken to the University College Hospital, Ibadan, for treatment. Salami added that the corpses of those who died had been deposited at the New Adeoyo Hospital. The police spokesman in the state, Mr Adekunle Ajisebutu, said the driver of the articulated vehicle had been arrested. He also said all the vehicles involved in the multiple accident had been evacuated for inspection by Vehicle Inspection Officers while investigation was ongoing. 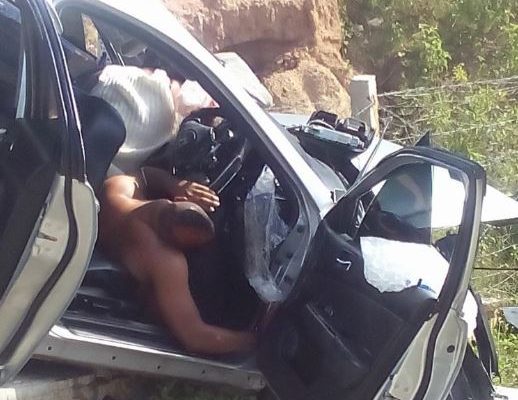