The Nigerian stock market on Tuesday sustained an upward trend with capitalisation appreciating further by N38 billion due to impressive third quarter results released by some companies. The market capitalisation improved by N38 billion or 0.39 per cent to close at N9.629 trillion against N9.591 trillion posted on Monday.
Also, the All-Share Index rose by 109.32 points or 0.39 per cent to close higher at 28,034.32 compared with 27,925.00 achieved on Monday. Market analysts attributed the development to investors’ positive sentiments for corporate news in the market. They said that investors were reacting positively to improved earnings released by some companies this quarter in spite of the present economic downturn. Blue chips posted PRICE 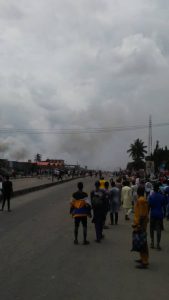