Emerging facts have suggested that the overnight raid on the residences of some nine court judges, culminating in the arrest of several of them, came as a result of petitions and decisions of the National Judicial Council (NJC).

DSS sources, however, stated that contrary to earlier reports, the Supreme Court nominee for Chief Justice of Nigeria, Justice Walter Onnoghen, was not targeted in any of the raids conducted so far. Justice Onnohen reportedly raised alarm to friends when he noticed police action next to his residence as a team of security agents swooped on his next door neighbor, Justice Sylvanus Ngwunta. A press release issued by the DSS indicated that Justice Onnohen is not under investigation, it was learnt that the justice’s appointment is being fast-tracked to become the CJN in a few days.

However, two Supreme Court justices, John Inyang Okoro and Sylvanus Ngwuta, were arrested in connection with the receipt of bribes from Governor Nyesom Wike of Rivers State. It was established by security agencies that Justice Ngwuta allegedly traveled to Qatar to receive bribes that he shared with Justice Okoro and other justices in order to help Wike to win a case at the Supreme Court regarding his disputed election. During a search of his home Justice Ngwunta was in possession of N35.208m, $319,475,    25,890 pounds and 280 Euros

The two judges have been linked with massive properties development in Abuja and Calabar. Justice Okoro is said to be building seven houses simultaneously in Calabar with the help of former Governor Godswill Akpabio and his predecessor Udom Emmanuel in Akwa Ibom state. Justice Okoro had N4.35m, $38,833 and 1000 Euros in his possession during his arrest this morning.

SaharaReporters learned that Governor Wike sprang up late at night to obstruct the arrest of a judge in Port Harcourt. The altercation that ensued created a tense atmosphere between the Governor and security operatives sent to arrest the judge.

One source told SaharaReporters that the judge involved was Justice Abdullahi Liman of the Federal High Court in Port Harcourt. Justice Liman, who is yet to be apprehended reportedly took $2million from Ahmed Makarfi-led faction of the Peoples Democratic Party to give a judgement that “overthrew” the faction led by a former governor of Borno state, Ali Modu Sheriff. Governor Wike reportedly transferred the funds in cash to Liman in Ghana, before it was ferried to his home in Port Harcourt. The bribe was to be shared between Lima and the Chief Judge of the Federal High Court of Nigeria, Justice Ibrahim Auta. When the team arrived the house in Port Harcourt where the loot was kept Gov. Wike mobilized his men to counter the DSS team with the aid of the State’s Police Commissioner. Another source also stated that one Justice Uche Nma Agomoh of the Federal High Court in the same city who was a lackey of the former president of the Nigerian Bar Association, Joseph Daudu was also involved in the scam.

A statement issued by the DSS stated that their team was obstructed by the governor and some thugs with the help of officers from a sister agency, which SaharaReporters learnt is a reference to the Nigerian police.

A security source claimed that Governor Wike left when confronted by police and DSS agents who threatened to shoot him, however, the obstruction aided movement of the cash found on the property. Governor Wike told a different version to the press, claiming he did not know who the judge was.

As early as 11 p.m. Nigerian time, the siege on the homes of judges became public knowledge when DSS agents raided the home of a young judge, Dimgba Nnamdi, who apparently has been a thorn in the side of the DSS lately. When the siege was over, the judge’s brother had been brutalized, after which the security agents showed their victim a “search warrant” meant for Justice Okoro. Justice Dimgba Nnamdi was “roughened up” but not immediately arrested. However, a DSS source stated Justice Dimgba is guilty of corruption and had been arrested as well.

Justice Muazu Pindiga, who was arrested in Gombe, was transported to the DSS headquarters in Abuja. A DSS source told our correspondent that Justice Pindiga was cooperating with the DSS regarding his role in a bribery scheme over the Rivers State election tribunal from which he was removed as a judge as Saharareporters exposed him for receiving N100m from Governor Wike.

It was learnt that Justice Muhammad Ladan Tsamiya, an Appeal Court justice who was recently “compulsorily retired” by the NJC, was not home when a DSS team invaded his home in the Gwarimpa area of Abuja, he reportedly surrendered to the DSS later this morning.

One of the most dramatic scenes took place when the DSS team stormed the home of Justice Adeniyi Ademola. When the team ordered Justice Ademola to come out, the judge claimed he was not home, but his cellphone signal gave him away. He was subsequently arrested with at least N300 million found in different local and foreign currencies in his bedroom. Specifically the same of N54m cash, $171,779. 4,400 Euros, 1,010 Rupees, and 80 pounds was found in his residence.

A different team also arrested Justice Kabiru Auta in Kano. One DSS source told our reporter that the raids were meant to be carried out by joint DSS and the Nigerian police teams, adding that the police bungled some of the raids by apparently tipping off their targets.

Several security agents stated that the raids took place following independent investigations that were triggered by petitions submitted to the NJC against some of the judges. According to one of the operatives,  none of the nine judges targeted haven’t spent their salaries in the last two years.

One source revealed that the raids were originally planned for last week, but had to be postponed for “strategic reasons.” A statement issued by the DSS stated that the agency had recovered large sums of foreign and local currencies. The DSS gave a breakdown of the recovered funds as follows:

Other foreign currencies were also recovered. The funds were recovered from just three of the arrested judges. The DSS revealed that its operatives also seized banking as well as real estate documents from several judges. The agency is making preparations to arraign the arrested justices in court early next week. 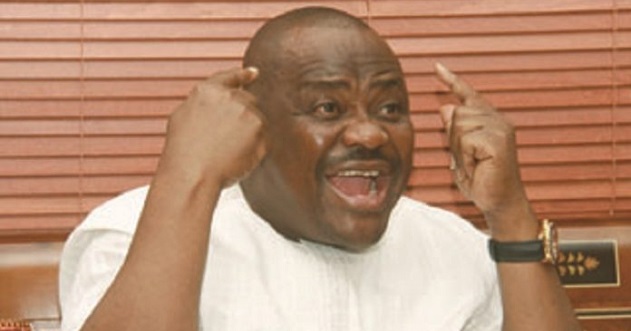