There was mild tension in Saminaka, headquarters of Lere local government area Kaduna State, as The Redeemed Christian Church of God, RCCG, and the Muslim community kicked against the location of a new building site belonging to the Islamic Movement of Nigeria, IMN, popularly known as Shiite.

The two faith groups, therefore, called on the state government to quickly act to avert another bloodshed in the state. In a letter of complaint/security alert, dated 26th September, 2016, issued by RCCG provincial Pastor, Oludare Ojo and addressed to the chairman, Christian Association of Nigeria, CAN, Kaduna State chapter and security agencies, he said Shiite’s return to the area was a threat to the church and the community based on the proximity of the the sect’s building to the church.

RCCG letter reads: “This is to bring to your notice that the Islamic Movement of Nigeria, IMN, led by Al-Zakzaky are working on a building right in front of our Church, The Redeem Christian Church of God, Nassarawa, behind Post Office Saminaka. “This project has been abandoned for over seven years. We believe this was due to the issue the Church raised against them in 2009.

“We are aware of an agreement reached between the Church and the group in 2009 (see attached), but due to the recent incidents in the country and the Shiites group modus operandi, we see their return as a big security threat to the Church and the community at large.“We pray that the building project be discontinued since the Church building has been in existence years before their coming.  “We therefore call on you, the CAN chairman, to use your honourable office towards ensuring that the issue is urgently looked into to forestall unpalatable incidence that may occur in the future.”

Also, Muslim clerics in the area have equally alerted the Sardinia Saminaka and security agencies of threats by some members of their communities to forcefully pull down the sect’s building if urgent action was not taken. It would be recalled that the army had a bloody encounter with Shiite members, which left many dead in Zaria last year. The Shiite leader, Sheikh Ibrahim Zakzaky, is being held in detention over the bloody attacks, despite protests for his release by the sect members.

Meanwhile, Shiite’s spokesman, Ibrahim Musa, said: “When we were worshiping with other Muslims, they said they don’t want us, that is why we decided to build our centre. “The building is just an Islamic Centre. We have an Islamic school there in Saminaka. Just that some people who are against us, like Izaila, those muslims who go to Saudi Arabia are the one against us. “We have Certificate of Occupancy C of O. I cannot categorically say we have building plan from KASUPDA. We got an order today that the building should be stopped. I dont think any true Christian will be against us.” 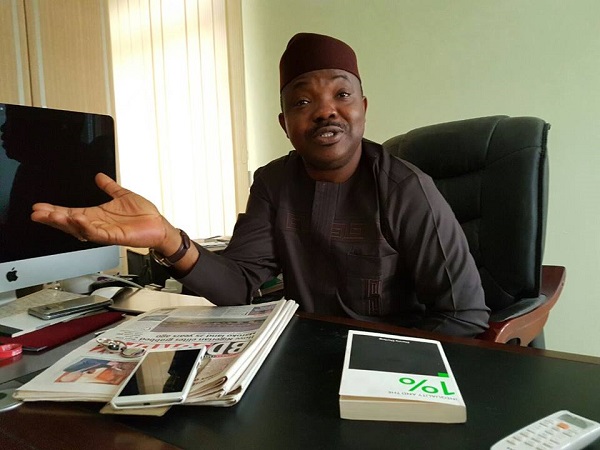 A Yoruba socio-cultural group, Afenifere, has kicked against the approval of Easter service for Christians ...