A terrific win for Arsenal, who overwhelmed an admittedly poor Chelsea with some lovely football in the first half. Mesut Ozil was wonderful, Alex Iwobi and Alexis were excellent too, and Mustafi and Koscielny looked solid at the back. It’s a very, very happy anniversary for Arsene Wenger – not just the result but the way it was achieved. 89 min Arsenal’s last league win over Chelsea was that hilarious 5-3 at Stamford Bridge in 2011. At the end of the 90 minutes of play plus a 3-minute added time today, it all ended 3-0 in favour of the Arsene Wenger boys who celebrated his 20 years at the Emirate in style. A masterful first half performance by Arsenal saw the Gunners defeat Chelsea 3 – 0 at the Emirates stadium. Alexis Sanchez opened the scoring by lobbing Courtious in goal after robbing Gary Cahill of possession close to the half way line. Two minutes later, Theo Walcott doubled the lead after a quick interchange with Alex Iwobi, Mesut Ozil and Alexis Sanchez.
The third was added on the stroke of half-time as Ozil dribbled past N’Golo Kante as he led a counter attack with Alexis Sanchez who he fed. He Chilean fed him back to volley a magnificent third against the Blues. A first league win over the Blues since October 2011 moves Arsene Wenger’s team up to third in the table behind Manchester City and Tottenham, who meet next weekend, while Conte’s side have picked up one point from a possible nine in the past three games. 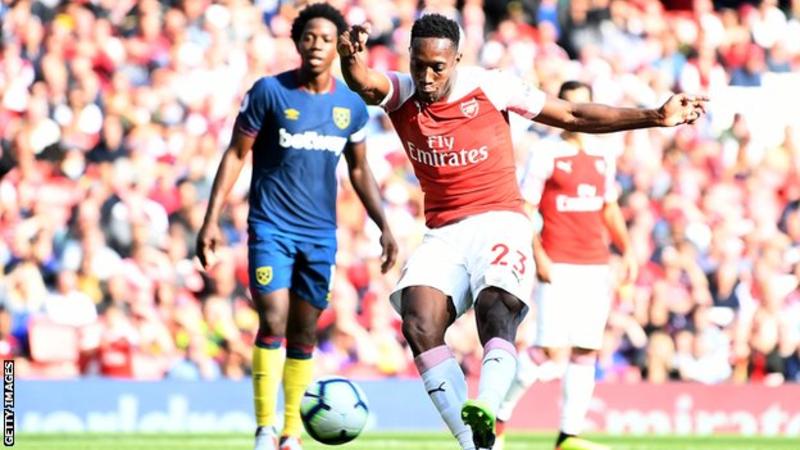 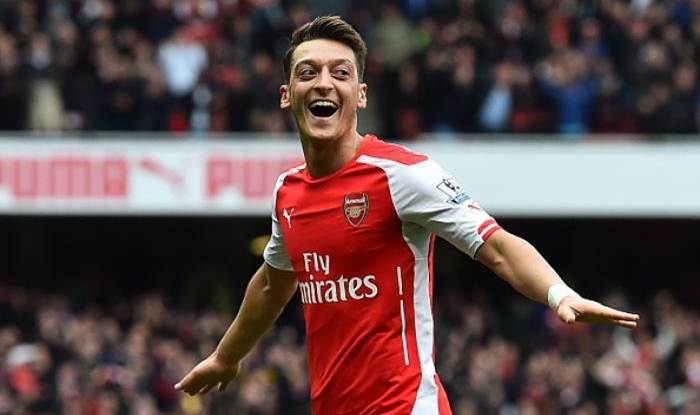 Mesut Ozil fired Arsenal to a 5-1 friendly win over Paris Saint-Germain on Saturday as ...