Bola Tinubu, one of the national leaders of the ruling All Progressives Congress (APC) party, is a stalwart of Nigeria’s political scene

Bola Tinubu, a political “godfather” famed for his deftness and clout, has never hidden his ambition to be president of Nigeria.

In January when he announced his plans to champion the ruling APC party in the 2023 elections, Tinubu said he would be fulfilling a “lifelong” goal.

Now the 70-year-old gets to test his mettle after romping to victory on Wednesday in the APC’s primaries.

He will run against opposition Peoples Democratic Party (PDP) flagbearer Atiku Abubakar in next February’s election.

Often referred to as “Jagaban” — a chieftain’s title from central Niger State — Tinubu has spent years building his Lagos powerbase into a nationwide network of contacts.

He is seen as an astute and influential political strategist as well as a tenacious survivor.

He co-founded and financed the Alliance for Democracy (AD), which later became the Action Congress of Nigeria, then the All Progressives Congress (APC).

He was seen as instrumental in helping bring the APC’s factions together to push President Muhammadu Buhari to victory in 2015, ending 16 years in power for the rival PDP.

When the PDP chose their candidate for next year’s race, fellow longtime political stalwart Abubakar, Tinubu was quick to present himself as the man to take him on.

“I look forward to squaring up with him as a worthy opponent in the coming election,” he said.

A Muslim born in Nigeria’s Yoruba-speaking southwest, Tinubu trained as an accountant in the United States and worked for several US companies, including as a treasurer in oil giant ExxonMobil.

He was first a political activist before becoming a senator and then governor of Lagos State from 1999 to 2007. 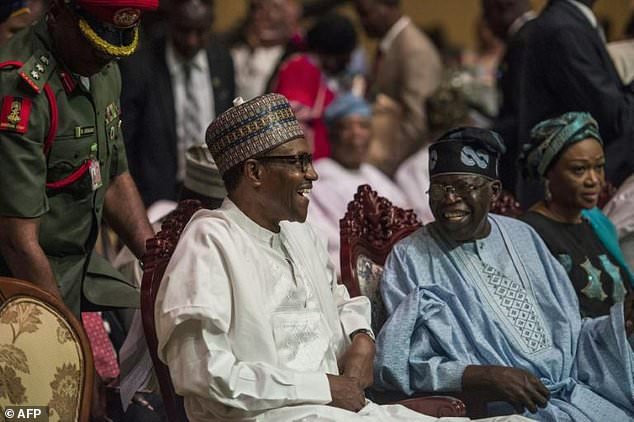 During his activist days, he was hounded into exile by military dictator Sani Abacha along with scores of others for campaigning for a return to democratic government in 1999.

The election of Buhari, the first opposition victory in the country, and his 2019 re-election were partly attributed to Tinubu’s political influence.

As APC national leader, Tinubu’s hand is seen in all party decisions and winning his support is vital for any candidate’s ambitions.

In a mark of his staying power, Tinubu kept a tight grip over the governorship of Lagos state from 1999, holding the post until 2007 and then having a hand in choosing his successors since leaving office.

As governor, his relations soured with the federal government, then led by president Olusegun Obasanjo, while he has frequently fallen out with his own deputies.

But at the end of his two terms in Lagos, Tinubu hand-picked one of his close aides, Babatunde Fashola, to take over.

Tinubu’s influence in the Yoruba-speaking southwest has irked some would-be candidates who missed out on top jobs and he has been criticised as dictatorial and undemocratic.

If Tinubu’s political power has often been controversial, so too have been his financial dealings.

He is believed to be one of Nigeria’s richest politicians and after leaving office was charged, but later cleared, of corruption, money laundering and operating more than a dozen foreign bank accounts.

The actual source of his wealth is unknown but he has interests in a number of business ventures, from media and aviation, to tax consultancy, hotels and real estate holdings.

One critic described him as “a greedy politician” who had gobbled up the major sources of revenue in Lagos.

But Information Minister Lai Mohammed, who was Tinubu’s former chief of staff, insisted he was one of the shrewdest political operators.

“His capacity for work, his tolerance, his foresight, his courage and his penchant for self-sacrifice is unmatched by any politician in Nigeria today,” he said.

Tinubu’s health was a source of speculation in 2014 when he was pictured frail and gaunt on his return from an unspecified foreign trip but the APC denied he was ill.

Last year he spent several months in London receiving treatment his office said was related to knee surgery. But in a sign of his influence, he was also visited there by a train of political leaders, including Buhari himself.