The Nigerian Economic Society on Tuesday berated the regime of the President, Major General Muhammadu Buhari (retd.), over its handling of the economy, which it said was directionless and unstable.

The President of the NES, Prof Sarah Anyanwu, who stated this when she led members of the society on a visit to the Senate Minority Caucus, lamented that Buhari’s regime excluded economists from its economic management team.

According to her, because of the exclusion of economists from the team, the economy is nose-diving.

She noted that members of the NES were in the past included in the economic management team for the required professional advice and guidance on whatever economic policy the Federal Government adopted.

She said, “The practice assisted past governments in making sound economic policies required by circumstances or situations on ground.

“However, the exclusion of economists from the National Economic Management Team under the present administration  has glaringly shown  in  the adverse effects on the economy, which those who can read the indices and indicators correctly,  can see  is nose-diving .

“Our exclusion from the NEMT is seriously making the nation’s economy to be unstable and somewhat directionless.”

Apart from being excluded from the NEMT, the NES president lamented that the various ministries, departments and agencies were not patronising members of the society for required expertise and capacity training of their staff.

She,  however,  urged the National Assembly to expedite actions on consideration and prompt passage of the bill which NES  forwarded to both chambers early in the year.

The Senate Minority Leader,  Enyinnaya Abaribe, in his response, said he was not surprised by the parlous state of the nation’s economy since those managing it had little or no knowledge on how to make it vibrant.

Abaribe said, “We are not surprised that the economy went into recession and moving towards that direction again, since as disclosed here, required knowledge from the experts is not being sought by the government”

He, however, assured the NES members that their bill, already before both chambers of the National Assembly, would be considered.

But the Senior Special Assistant to the President on Media and Publicity, Garba Shehu, in an interview with one of our correspondents, said contrary to what the group wanted Nigerians to believe, the Presidential Economic Advisory Council consisted of the best 11 economists in the country.

Shehu said the group, probably in its assessment, was mistakenly referring to the former economic management team which had since been dissolved and replaced with the Economic Advisory Council chaired by Prof Doyin Salami.

The presidential spokesman said as far as the economy was concerned, Salami, a 1989 doctoral degree graduate in Economics from Queen Mary College, University of London, needed no introduction.

He added that another member of the advisory council, Prof Chukwuma Soludo, is not only a former Governor of the Central Bank of Nigeria, but also a former Economic Adviser to the President.

According to Shehu, another member of the team is the Chief Economic Adviser to former President Olusegun Obasanjo while another one is an economist with the International Monetary Fund.

Speaking further, the presidential aide said another member of the team, Shehu Yahaya, was the Chairman of the Development Bank of Nigeria, while another member, Bismack Rewane, wad a globallly respected economist.

He added that the team’s secretary was brought in from the Islamic Development Bank.

Shehu said, “Members of the council include  Prof Doyin Salami, who is the chairman, Dr Mohammed Sagagi, who is the vice-chairman; Prof Ode Ojowu; Dr Shehu Yahaya and Dr Iyabo Masha.

“You can see from the above that this government has the best team and members are working day and night with the President.

“They are not making noise on television because they are working with the President.

“You said the group claimed that the economy is nosediving. Is there any economy, from the United States to the United Kingdom, that did not nosedive during this COVID-19 pandemic?

“I make bold to say that this team has the best 11 economists as its members.”

But backing the NES, a former President of the group, Prof Akin Iwayemi, in a telephone interview with one of our correspondents, noted that in the past, there was an economic management team, adding that the president of the NES was a member of the team.

He said the team, which included some governors, ministers, the central bank and private sector players, engaged in “robust discussions on economic affairs.

“Then there was stronger rapport with the economists. If you exclude them, the nation will suffer. We need to have all hands on deck to deal with the challenges we are facing now. We need both the executive and the legislature to understand that economists are partners in progress.”

Also, Director of Programes, YIAGA Africa,  Cynthia Mbamalu, in an interview with The PUNCH, said, “Quality leadership in any field or issue is best delivered when there are capacities and competencies especially on important issues like Nigeria’s economy.

“Professional bodies serve as a hub of experts from respective professions. While that does not guarantee capacity to lead in that field or on that subject matter, it is also important for the government to recognise the value they bring and ensure some level of inclusion.”

She said   Nigeria was in dire need of leaders or decision-makers who had the requisite capacities and competencies “to perform required the arduous task of reviving our economy. “

But Director of Centre for Democracy and Development,  Idayat Hassan, in a chat with The PUNCH, disagreed with NES.

She stated, “The (government economic) team comprises the creme de la creme of Nigeria. Most of them are even avowed critics of the administration. It takes gut for Buhari to have selected such erudite experts.

“The question we should ask is if they are really performing the task they have been appointed, while inclusion is welcome and asking for a seat at the table is a welcome development.”

President Muhammadu Buhari says his administration recognises the democratic rights of the Nigerian youth to ... 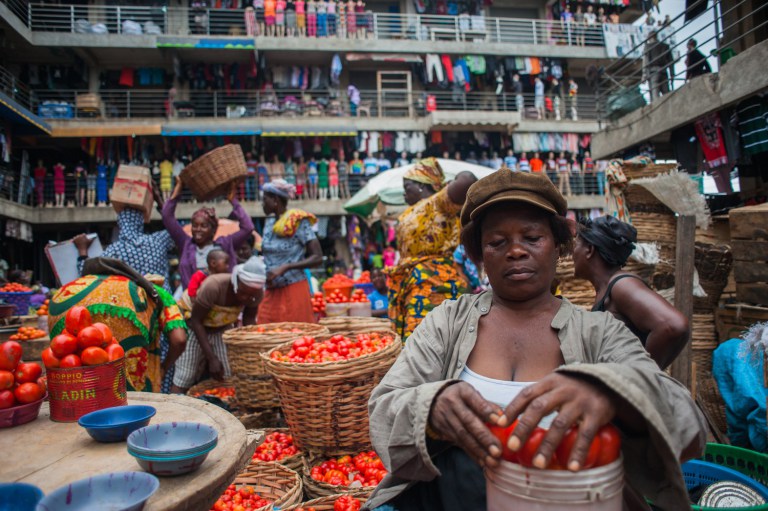