Vanessa Obioha writes that for so long fans of the late reggae star Majek Fashek hoped the artiste would bounce back to life after his struggle with drug addiction, but the Grim Reaper punctured that dream

“The sky looks misty and cloudy.”

Those opening lines of Majek Fashek’s award-winning hit ‘Send Down the Rain’ captured the mood on Tuesday morning when the news of his death broke. By an inexplicable supernatural force, Fashek who was widely known by the moniker ‘The Rainmaker’ sent down the rain while his fans and lovers of his music mourned him.

On Twitter, there was an outpour of encomiums and tributes on the artiste.

Governor of Edo State, Godwin Obaseki, in a tweet paid tribute to the artiste who hailed from the state.

“I mourn the death of quintessential maverick musician and Edo son, Majek Fashek. Fashek who took the world by storm with his enigmatic talent remains one of the finest cultural icons of his age and would be remembered for his disarming craft and skill.”

Senator Shehu Sani eulogised the artiste in a tweet, recalling a recent encounter.

“Some years ago, I met Majek Fashek in New York before he returned to Nigeria. He was the shadow of the man many of us loved decades ago. Majek rode through rough and dangerous terrain in life. He tried to pick up and now is gone. He is an unforgettable legend. R.I.P.”

The Minister of State, Labour and Employment Festus Keyamo described him as the Rainmaker and extraordinarily gifted musician.

“They don’t make them like you anymore. Your remake of the song Hotel California remains one of my favourites and of course, the evergreen ‘Send Down the Rain’,” he tweeted.

“My first memory of Majek was my parents coming back from Lekki Sunsplash in 1989 with the ‘Prisoner of Conscience’ and ‘I&I Experience’ vinyls. Great music from a true legend.”

Two days ago, Ayoola Sadare, convener of the Lagos International Jazz Festival (LIJF) played two of the artistes greatest hits ‘Holy Spirit’ and ‘Send Down the Rain’. While listening to the song, he recalled shaking his head in deep thoughts, wondering who will be the next Majek Fashek.

Indeed, no living musician came close to the iconic star born Majekodunmi Fasheke on March 1963 according to Wikipedia. Fashek dominated the airwaves in the 80s with the monster hit ‘Send Down the Rain’ from his debut album ‘Prisoner of Conscience’. The song became a national anthem for many as children echoed the catchy chorus

The song was adjudged a master stroke, fetching Fashek a PMAN award for Song of the Year in 1989.

Prior to his emergence on mainstream media, Fashek was a member of Jastix, a band comprising McRoy Gregg and Black Rice. He was known as Rajesh Kanal at the time. Jastix became prominent as the in-house band on the Nigerian Television Authority (NTA) Benin show ‘Music Panorama’, and toured with fellow reggae group, The Mandators.

He would later split from the band to pursue a solo career. Under Tabansi Records, he released two albums: ‘Prisoner of Conscience’ and ‘I&I Experience’. The two albums catapulted Fashek to fame, fetching him monikers and international recognition. His relationship with Tabansi didn’t last as he got signed to Interscope Records in 1990 and released ‘Spirit of Love’ produced by American music producer Van Zandth.

Fashek grabbed headlines when he appeared on the American TV show ‘Late Night with David Letterman’ in 1992 as part of promotion of his album and performed the hit single ‘So Long Too Long’ released under CBS Nigeria. He was later dropped by Interscope before moving to Mango, a division of Island Records accustomed to marketing reggae internationally. His first album for the company included a cover version of Bob Marley’s ‘Redemption Song’. He recorded several albums for various labels, including ‘Rainmaker for Tuff Gong’ (1997) and ‘Little Patience for Cora’l (2004).

Fashek is from the generation of Nigerian artistes who used their music to address issues in the society. In songs like ‘Religion Na Politics’, he sang about the religious wars — evident in the society till date —and the implications of such actions in a diverse cultural society.

In ‘Mother’, an emotional Fashek sang about the strong African woman. The catchy call and response hook ‘Mama de de oyoyo’ became a sort of welcoming chant for mothers.

One of his greatest hits ‘Majek Fashek Ina New York’ talked about his experience in the popular city of United States of America. Instead of glorifying the city, Fashek sang about the poverty and confusion in the golden streets of New York.

Largely influenced by afrobeat legend Fela Anikulapo-Kuti, Jimi Hendrix and Bob Marley, a certain spirituality accompanied Fashek’s style of music. This kind of supernal, according to Sadare, was not limited to religion. “It just shows that Fashek was a spiritual being. His music connotes that spirituality.”

Group Politics Editor of THISDAY, Nseobong Okon-Ekong, who covered the entertainment beat for decades described Fashek as someone of deep conviction.

“The first time I met Fashek was at the General Hospital in Ikeja which is now known as Lagos State University Teaching Hospital (LASUTH). This was back in 1985, I was a student at Nigerian Institute of Journalism then. I remember him as a researcher. He came to the hospital to feel the environment because he was writing a song at the time. It was important to him to feel the people and ambience in that setting in order to capture the mood and write the song convincingly with emotions. That’s why people can easily connect to his songs because he felt what they felt and was convinced about it. He always put himself in the situation to convey the message with conviction.”

Unlike his contemporaries, Fashek chose to draw inspiration from different music styles and married them to his peculiar style called ‘Kpangolo’. Though his style is rooted in reggae, he found a way to blend it with other genres such as juju as seen in the talking drum featured in the hit ‘Majek Fashek Ina New York’.

“Fashek was unique in the arrangement of his songs,” said Okon-Ekong. “He has this uncanny ability to write songs that will take the listener through different moods. It takes ingenuity to achieve such. He also possessed the ability to marry different genres into his music. His music style is a hybrid of highlife, reggae, juju and afrobeat.”

Fashek’s career began a downward spiral when he became addicted to drugs. Pictures of a malnourished Fashek circulated in the media, prompting kind-hearted Nigerians to seek help for the gifted songwriter and guitarist. When Fashek performed at the 2014 Headies, he received a standing ovation as he sang some of his popular hits to their delight. The outpour of emotions for the reggae king was like a homecoming treat.

“I admire Fashek for staying true to his roots in the latter stage of his life,” remarked Okon-Ekong. “Before now, he was seen as a global artiste but when he came back, he connected with his Benin roots, wrote songs in Bini and eulogised the Oba of Benin.”

One of the traits Okon-Ekong found striking about the deceased was his humanity.

“What Fashek did for King Pago, a midget who formerly worked for Victor Uwaifo spoke volumes of his humanity. Fashek accommodated him and featured him prominently in ‘Majek Fashek Ina New York’. He even took him to United States with the band. He was a humble artiste, had no airs around him and accommodated everyone.”

For so long, many awaited the return of Fashek.Late last year, billionaire Femi Otedola intervened in the health situation of Fashek who was rumoured to be dead. The billionaire offered to foot his medical bills. Quite a few hoped to see the artiste bounce back to his feet, including Sadare who had plans to celebrate him at one of his events this year before Covid-19 struck. Perhaps, the hope for redemption was too long for the Grim Reaper.

The artiste was said to have died on June 1 in a hospital in New York. His manager Uzoma Omenka announced his death on the artiste official Instagram account. 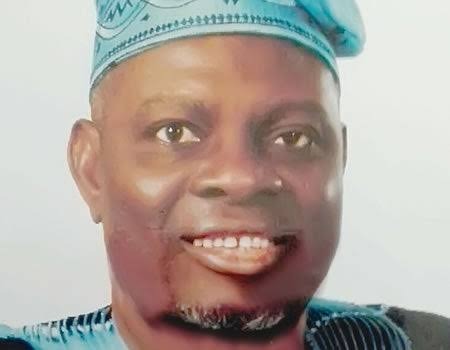 Bassey Offiong, a Nigerian who is a student of Western Michigan University in the US, ...