David Oyedepo, founder of the Living Faith Church Worldwide, also known as Winners Chapel, has placed curses on the killers of Jeremiah Omolewa, a resident pastor of the church in Romi New Extension, a suburb of Kaduna.

Omolewa (pictured) was traveling with his wife and son to Abuja on Sunday when he was shot dead.

While his son escaped, the gunmen took his widow into the forest while her abductors later contacted the family of the victim to demand a ransom of N50 million.

Reacting during one of the church sessions on Thursday, Oyedepo charged the congregation to pray against the killers just as he declared that their end had come.

“Just last Sunday night for those of us who may have heard the news, one of our pastors was hacked down by Fulani herdsmen from Abuja to Kaduna,” he said.

“I want you to know, that it’s the last they will do because I am going to lead you now to release the curse of God upon his assailants and all their backers.

The bishop has always led his congregation to pray against insecurity in the country. 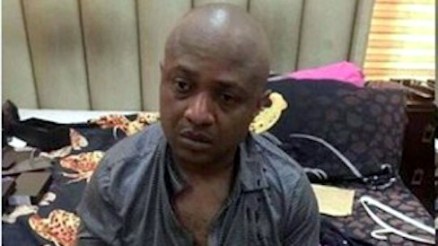 I Can Estimate Financial Value Of Victims From Short Distance ― Evans