A 47-year-old Mrs. Veronica Iorshe, from Howe, Ugee Council Ward, Gwer East Local Government Area of Benue State has revealed how she slept with her own biological son and eventually took in for him.

Mrs. Iorshe said she slept with her son just to save her marriage.

Recalling how she was able to lure her son to perform the incestuous act with her, the woman told Vanguard, “I am not a loose woman. I am just a woman who loves her husband very much and didn’t want to lose him.

“I did what I did to save my marriage, though I feel guilty about it. It was not easy but I slept with my first son from my first husband so that I could give my husband a child. But rather than sustaining my marriage, the plan has scattered it and I have lost it.

“I got married to my husband eight years ago. We had no child. The worst was that I never got pregnant even for one day. When I discovered that I was no longer getting younger, I was worried as much as he and his parents were. His mother became so impatient that she started breathing down my neck as she gave me no breathing space at all. She said that I was cheating on her son, using his son’s money to maintain myself, that I’m older than his son.

“She moved in to live with us and practically made life in my matrimonial home unbearable for me. At a point, she stopped talking to me. The only time she would talk to me was when she wanted to insult me and remind me of how less a woman I was. I was confused, more so when my husband refused to submit himself to a medical test to ascertain the source of the problem, though we loved each other before the heavy pressure from his mum came.

“We used to have serious lovemaking sessions especially during my ovulation period all in the bid to get pregnant so that my mother-in-law could stop humiliating me. Yet, I couldn’t get pregnant. I started suspecting the problem could be from my husband when he refused to subject himself to medical test.

“But the insult from my mother-in-law was getting too much, too unbearable for me. She vowed to frustrate me out of her son’s home. To make things worse, she sent away my son saying that he has no business staying in the house. I had to look for a one-room apartment for him in Lafia.

“After he left, it was just three of us in the house in Awe, which is a distance away from Lafia. I was always terrified each time I heard her voice from a distance. She tried to frustrate my meat market in Awe. In fact, the only time that I had peace was when I went to the market.

“It is so agonizing to say this. Instead of testing someone else to ascertain my fertility, I seduced and slept with my son. Simon is a young man in his early 20s; he has not started sleeping with women before I lured him into making love with me.”

On how the incestuous act started, she recalled this, “I started by buying good things for him, sleeping together on the same bed, playing with his manhood and gradually one thing led to another. There was a time I asked him if he had tested sex before and he said no. I compelled him to take an oath not to disclose it to anybody. I said I would teach him sex. I ensured that I did that during my ovulation period. I never disclosed the reason for this but deep in my mind, I wanted to test my fertility.

“I planned it during my ovulation so that I could get pregnant, although it was not easy sleeping with a son. I knew I was doing the wrong thing and betraying my husband but I saw it as a necessary action to save my marriage. I didn’t want to go out sleeping with another man outside. I knew it was wrong but I prefer it from my son than a man outside. After one month, I discovered that I was pregnant.”

Asked if she will abort the child or keep it, Veronica revealed she will keep the child, saying: “It is blood within my blood.”

On his part, Sebastian expressed his disappointment over his wife’s betrayal and vowed never to forgive her.

“I don’t want to believe the story she is narrating to you that her son is responsible for it, though I have not suspected her or seen any sign that an outsider was dating her. But the truth is that I’m not responsible for the pregnancy and will not allow her into my house. It is a shame for me to be associated with a mess like this. Please, I don’t want to talk about it anymore; she is no longer my wife.” 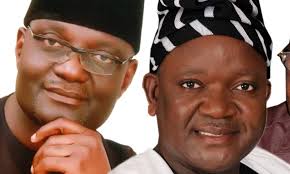 Amidst protest by the Benue State Chapter of the  Peoples Democratic Party (PDP), the Court ... 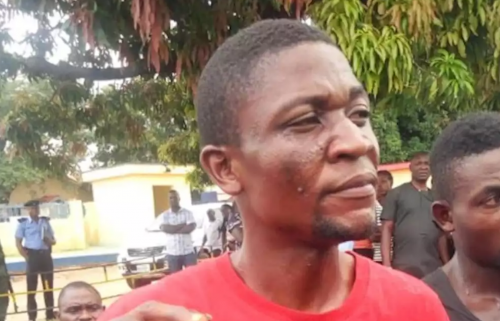 Leader of a kidnap gang in Benue State, Iorwuese Kpila, 30, has said that he ...