One of the aggrieved governorship aspirants of the All Progressives Congress (APC) in Ondo State, Chief Olusola Oke, is set to dump the party for the Action Alliance (AA) in order to contest the November 26 governorship election in the state. Oke decided to dump the party following the upholding of the primary election result by the party’s National Working Committee (NWC). The election was won by Mr. Oluwarotimi Akeredolu, SAN.

The poll, which was contested on September 3, had been criticized by some of the aspirants, who participated in the exercise. They alleged that the delegates’ list was manipulated. The aggrieved aspirants include Oke, Dr. Segun Abraham, who is the anointed aspirant of the national leader of the party, Asiwaju Ahmed Tinubu and Senator Ajayi Boroffice. Though, it was earlier reported that two of the Appeal Committee members recommended cancellation of the result and only one backed the upholding of the result, the party has resolved to accept the outcome of the election.

It was gathered that out of the 11 members of the NWC, six voted for the cancellation of the result but the national chairman of the party, Chief John Odigie Oyegun, decided to uphold the result due to some reasons. It was learnt that some of the reasons Oyegun dumped the Appeal Committee’s report was that the committee allegedly did a shady job. It was gathered that the committee members were queried for only calling and questioning the petitioners without giving room for the defendants.

We gathered that the appeal panel failed to invite any member of the electoral committee, who conducted the primary in Akure in order to ask the member on what really occurred during the exercise. Also, the Appeal panel was said to have failed to invite any member of the NWC, who are custodians of the delegates’ list for interrogation, since the allegations of the aggrieved members were based on manipulation of the delegates list.

It was further authoritatively gathered that some members of the Appeal committee were accused to have been allegedly induced by some leaders of the party with money to throw out the result. Those alleged leaders, were said to be behind the movement of Oke to AA in order to play a spoiler game for the APC in the coming November 26, election in the state. Already, AA had last week Saturday held its primary election in Akure. The party presented one Mr. Yinka Orokoto as its candidate for the poll.

Orokoto is one of the loyalists of Oke in APC and a member of his legal team at his chamber in Abuja. The game was to allow Orokoto to emerge the AA candidate, while he will step down for Oke if at the end the day, APC refuses to conduct a fresh election. A Source in APC said the leaders behind Oke movement to AA have vowed to frustrate the chances of Akeredolu in the poll.

“We all know who is the anointed aspirant of these leaders and since their aspirant failed, they want to frustrate the chances of APC by asking Oke to contest in another party so that they will reduce the vote of Akeredolu. “They don’t want Akeredolu because they know he won’t be easy for them to control since these leaders want all the south west governors to be their puppets.

You remember that was why Governor Olusegun Mimiko fell out with these leaders and that was why he got massive support from Ondo people in the 2012 election. Already, Oke had fixed a political meeting with his loyalists for today in Akure. This has been confirmed through a statement issued and signed by Oke Campaign Organisation Director General, Otunba Bola Fisayo, where he said Oke will decided on his next political movement at the meeting.

The statement reads, “On Sunday the 4th, I spoke to you in regard to what transpired during the gubernatorial primary election of APC that was held on Saturday, September 3rd. “You will recall I called your attention to the irregularities that characterized the whole exercise, the issue of delegates register was particularly mentioned. I’m happy you witness reactions of other aspirants to the issues I raised thereof.

“As democrats, our campaign organization is a stickler of due process. We therefore approached the APC party designated appeal panel, with our complains and necessary evidential documents and eventually capped it with oral presentation at the instance of the panel. It’s on record that other Aspirants were equally called to either give evidence or testified. “Few days ago, appeal panel rounded up their assignment and submitted their report to the National Working Committee of the party, as stipulated by the APC constitution.

“The Appeal Committee, in its report, made a recommendation that the flawed gubernatorial primary election be cancelled and that another gubernatorial election be rescheduled. “The national Working Committee met severally since the submission and rounded up their assignment late yesterday, being September 22, 2016 with a resolution to sustain the recommendation of the appeal committee, backed by six (6) of the eleven (11) members, but to our amazement, without consulting anyone nor addressed anyone, some members of the party Led by the party National Chairman Chief Oyegun, colluded with Barrister Rotimi Akeredolu and jettison the majority decision of the National Working Committee by illegally submitted the name of Barrister Rotimi Akeredolu, to the Independent National Electoral Commission(INEC) as the official candidate of APC.

“As democrats who believe in the rules of law, we have exercised enough restraint, by refraining from saying or engaged in anything or act that might jeopardize the success of our party. Now that it is clear that justice has now been thrown out through the window, we are therefore at liberty to think deeply and take necessary step or steps as our organization would deem it necessary in a free democratic environment. “In view of the circumstances enumerated above, our organization will be meeting with other stakeholders and supporters, and any decision that would be taking thereof will be communicated to you appropriately. ”I want to thank you for taking your time to be part of this briefing.” 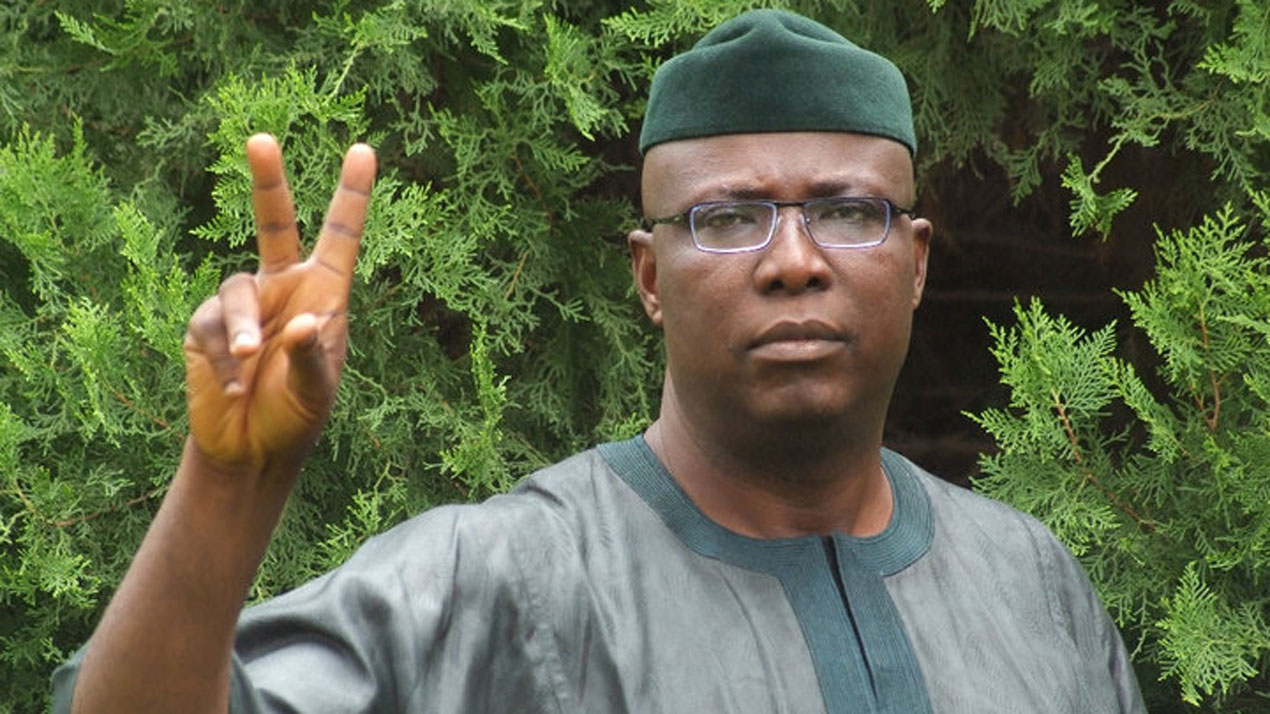 To Hell With Your Committee, We Won’t Appear, Ojudu, Tinubu’s in-law, Others Tell Ekiti APC

The Special Adviser to the President Muhammadu Buhari on Political Matters, Senator Babafemi Ojudu; an ...