A man identified only as Daniel, was yesterday beaten to stupor and stripped naked by angry mob in the Gwagwalada area of Abuja for snatching a handbag belonging to an unidentified woman. According to Daily Trust, the incident happened in the morning at the SDP Junction in the area. An eyewitness said the man trailed the innocent woman who carried a baby on her back on a motorcycle after she left a bank in the area.

According to the report, the man snatched the woman’s handbag immediately she alighted from a motorcycle and started running away. As he took to his heels, he was chased and apprehended by some motorcyclists. The eyewitness added, “Some motorcyclists went after him, caught him and started beating him. They removed his clothes and left him on the ground.”

The witness said that the suspect was beaten to stupor and abandoned for death before some men of the civil defence corps and officials of the National Union of Road Transport Employees, NURTE, picked him up 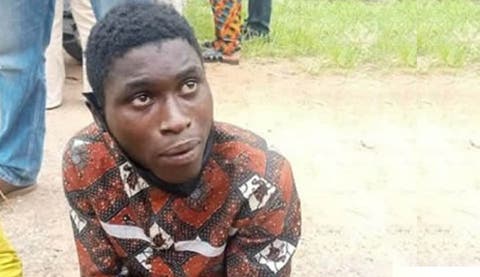